One year ago today, about seven months after our first visit to this fine park, dagdvm and I returned to look for koz’s kliffside kache (GCP2NM).   It was just cold enough to preserve the light snow that had fallen hours earlier.  We didn’t find the geocache but we did enjoy a fun climb up from the trail and a  nice wintry view of Broad Run below.   We also experienced a very special kind of deja vu.

While walking back to the car we recognized a location we’d first seen in summer, a uniquely interesting spot on a trail full of special places.  The first time we’d been there the scene was hot and humid, lush and vibrant green.

Standing there again on a crisp, snowy day was even more enjoyable because we’d been there the previous summer.  Two different moments were very special for what they shared and for what changed during the time in between. 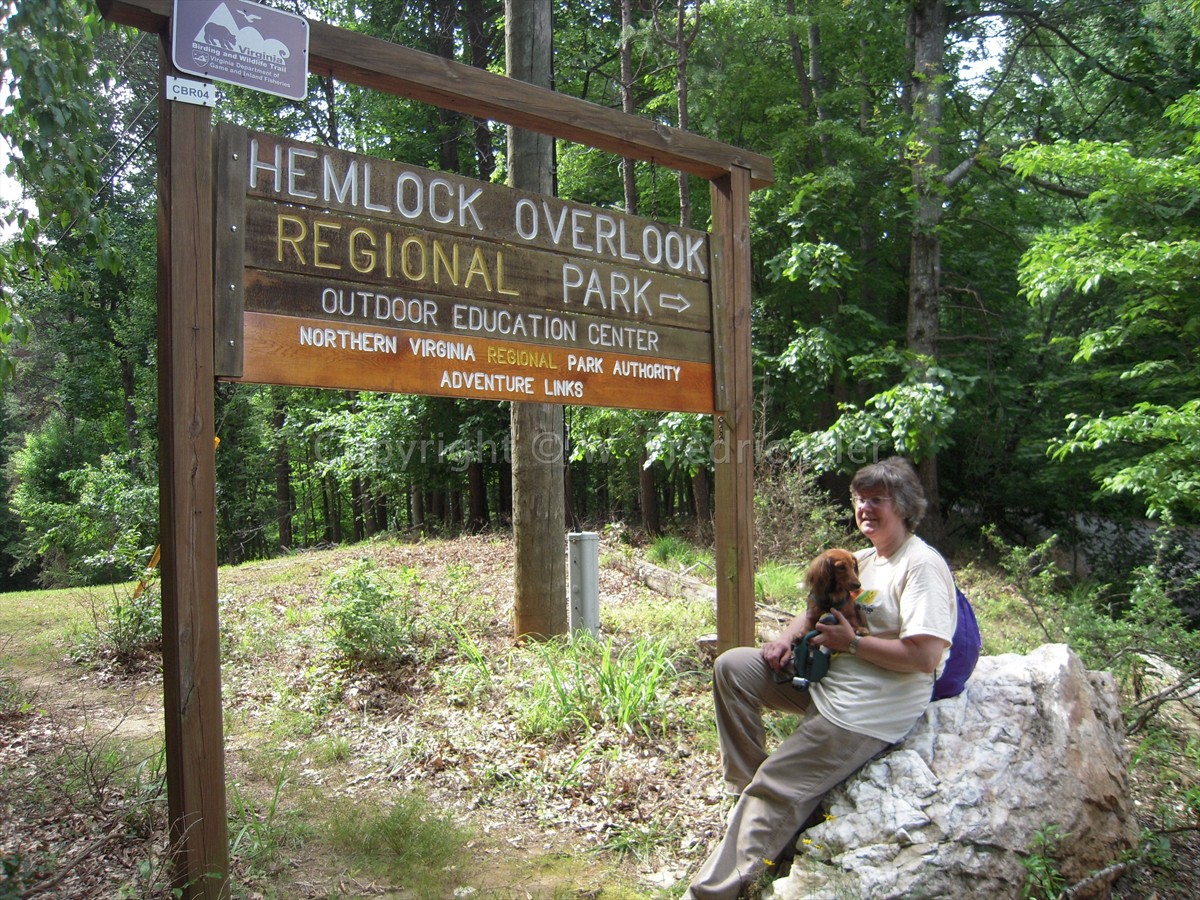 We found great pleasure in visiting one of our favorite places…

dagdvm, just before we left the park last January

…on opposites sides of the year.