a view east from the northern edge of Broadstone Reservoir, 10 June

On yet another sunny day during our UK vacation we find some geocaches during our stroll along the three edges of Broadstone Reservoir. We also meet “3 Edges,” the geocache owner who placed most of them, and her dogs Millie and Becks.

at a point between Broadstone Road and the reservoir

Look south from almost anywhere in the area and you’ll see part of a sizable wind farm, giant turbines turning over crops and pasture. 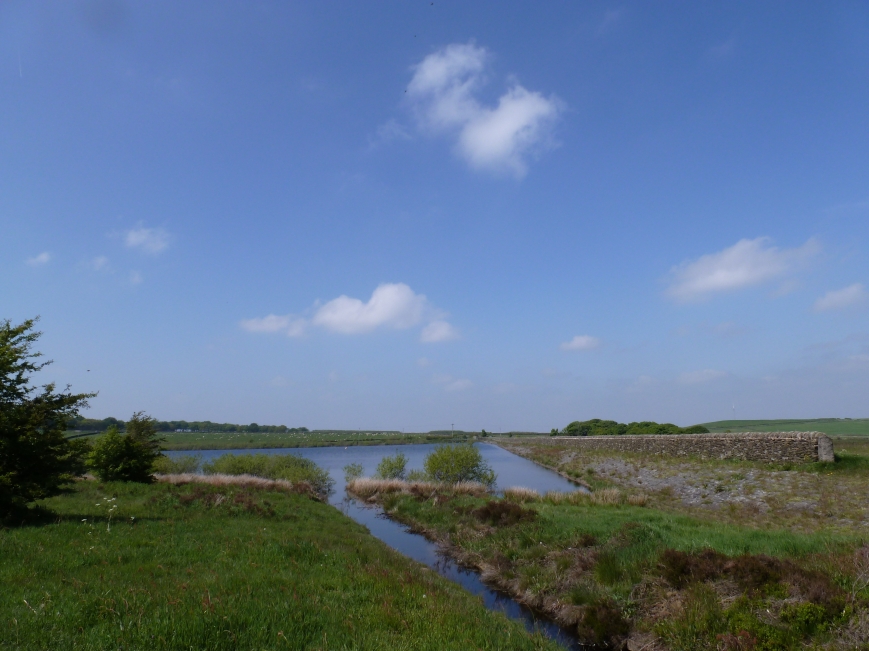 looking north from the southeast corner

dagdvm and I found all six geocaches in a great “birds of Broadstone Reservoir” cache series by 3 Edges, plus two other geocaches, during our afternoon walk.

looking west from the east edge

3 Edges claims to have seen 73 species of birds on or around the reservoir over the years.  We saw mallard ducks; heard a male skylark on high, lost in the pale blue; and saw probable oyster catchers along the reservoir’s north edge.

We actually met and had a nice chat with 3 Edges while walking the south edge of the reservoir.  We recognized her and her dogs from her geocaching profile.   3 Edges said she walks there nearly every day and she likes meeting geocachers as they search for her hides.  Her dogs Millie and Becks were very friendly.  As we parted company, 3 Edges wished us continued happy hunting — we’d found four of her six hides at that point — and dagdvm and I gave her one of our pathtags. 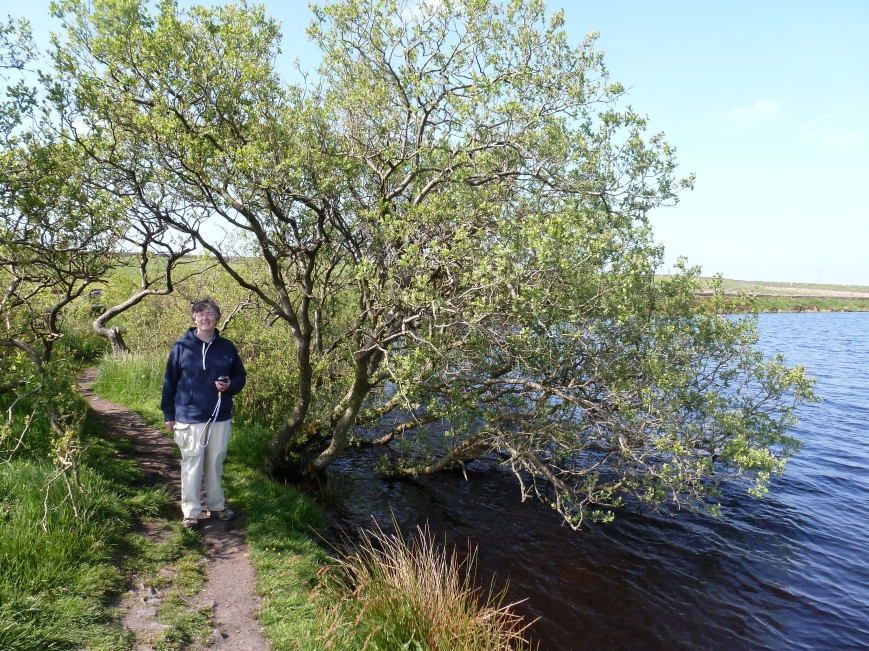 dagdvm at the reservoir’s westernmost point

dagdvm moves north towards the  point (near Maythorn Slack (GC10FXM))

Geocaches we found during our Broadstone Reservoir walk (in order of discovery):

Please see “Daddy, Why Is the Sun Shining in Manchester?” for an overview of our June 2013 UK geocaching days.